As a member of the Public Relations Institute of New Zealand (PRINZ) our Principal Jacquie Walters signs the PRINZ code of ethics. This affirms our commitment to using communications to develop or maintain trusting, productive relationships between our clients and their stakeholders.

We also undertake to promote the views of those we represent to contribute to public debate and informed decision-making.

We balance our role as advocates for individuals or groups with the public interest. We also balance a commitment to promote open communication with the privacy rights of individuals and organisations.

WaltersPR is an award-winning, internationally-accredited public relations consultancy that works with many of Australasia’s most successful businesses.

The business was established by Jacquie Walters in 2012, the same year that Jacquie won a coveted Public Relations Institute of New Zealand award for crisis communications following the Canterbury earthquakes.

Since that time WaltersPR has established a fantastic reputation for service delivery and high standards. The majority of respondents in its 2020 client survey chose the words “trustworthy” and “expert” as their most compelling reasons to use WaltersPR’s services.

WaltersPR’s dedication to high quality service has been rewarded with lasting relationships with successful businesses which also share their values such as Pic’s Peanut Butter and OneFortyOne New Zealand – both foundation clients for WaltersPR.

Find out more about Jacquie Walters 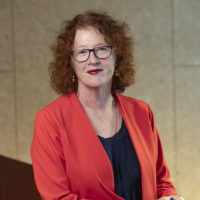 Jacquie is a highly experienced and respected public relations professional known for her ability to give measured, calm, and strategically pertinent counsel in high-pressure situations.

Prior to establishing WaltersPR in 2012, Jacquie was in-house Public Relations Consultant at the University of Canterbury, specialising in media and government relations. She advised senior management on issue and crisis communication and took the lead role in the University’s media relations in the aftermath of the Canterbury earthquakes. Her work during this period was recognised when Jacquie and her colleagues won a Public Relations Institute of New Zealand Award in 2012.

Since 2012 Jacquie has attracted high-profile and long-standing clients to WaltersPR including Pic’s Peanut Butter, OneFortyOne New Zealand, IdealCup and Hybrid Bikes. She has a passion for working alongside entrepreneurs as they grow their businesses and is a respected advisor to senior executives and business owners based in Nelson Tasman and around New Zealand.

Jacquie is a member of the Public Relations Institute of New Zealand, is accredited in public relations, has an MA in Shakespeare Studies from the Shakespeare Institute, Stratford-upon-Avon (University of Birmingham) and a first class honours degree in English from the University of Canterbury.